Macgo Mac Blu-ray Player is a superior Blu-ray player that can bring you the most unforgettable Blu-ray experience on your Mac. Overview Macgo Mac Blu-ray Player can satisfy just about every need you could possibly have in a Blu-ray Player. It features a friendly user interface, ultrafast loading and super high quality. Besides that, it perfectly supports Blu-ray, DVD and any other media format that you want to play. It outputs video at up to 1080p high-definition quality without loss of data and frame, and allows full preservation of all audio tracks (like DTS 5.1, Dolby TrueHD Audio, etc.). Macgo Mac Blu-ray Player is really easy to operate. You can control almost everything on the main interface with your mouse. More settings can be done by right-click on the interface while playing. Or you can change preferences in the menu on the top of the interface. Macgo Mac Blu-ray Player is the first Blu-ray player on Mac, and its uniqueness does not just end with that. It can support any media format that you can possibly think of, video, audio, even photos. Also, this brilliant Blu-ray player now supports Blu-ray menu and DVD menu, which make it really convenient to play movies and choose settings. Another amazing function of Macgo Mac Blu-ray Player is the AirX function. With its help, Blu-ray can be played on iOS devices. Such as iPhone, iPad and iPod Touch. Using the distinctive-- Share function of this versatile Blu-ray player, you can directly recommend the movie you're watching to all of your friends on FaceBook or Twitter anywhere and anytime. What is new in version 2.11.3? 1. Further solved some discs' unsuccessful playback problem, such as Manakamana. 2. Solved some new discs' "Fail to open/play" problem, such as Paddigton, Story in the stars, Love Happens, Amantes, The Viking, Pladin, Gilda. 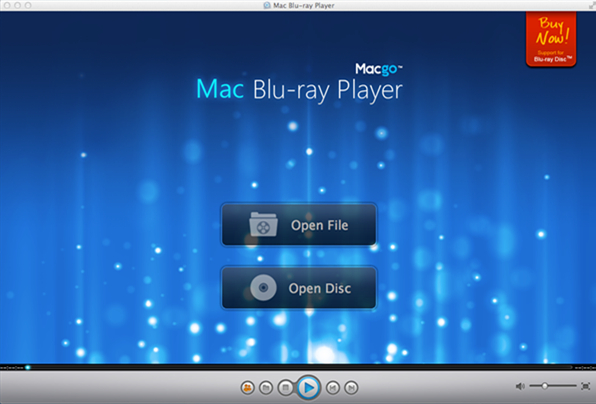